Written by Night For Vets on June 13, 2018. Posted in Gone But Not Forgotten 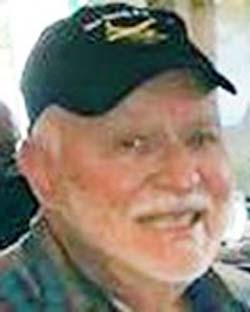 Age 84, died Friday, June 8, 2018, in Riverside, California. He was born to Edna (Nathanson) Weingart and Harry Weingart in the Bronx, New York in 1933. He graduated Boys High School in Brooklyn and attended Columbia University. In 1955 he met the love of his life, Doris (Ascher) at a Kings Highway Brooklyn Jewish Dance, where they bonded over their mutual love of classical music. Doris and Oscar were wed in April, 1957. After a two year stint in the U.S. Army he and Doris moved to Seattle where he began his career as a composite materials engineer with Boeing, working on the then revolutionary 707. Their daughter, Sharon, was born in Seattle. After several years the family moved to Riverside, where Oscar began employment with Rohr Corp. Son Daniel was born in Riverside.

In the course of his distinguished career in the composites and filament winding industry, Oscar was awarded 5 patents, published over 20 technical papers and received numerous accolades from his peers. Some of his projects included the design of the first high efficiency fiberglass-wound wind turbine blade, the first composite wound railroad hopper car and the first FAA approved composite jet engine nacelle.

Oscar had a lifelong love of aviation and was a private pilot and also an avid builder and flyer of radio controlled model planes. He was for many years a member of the Riverside Radio Control Club. He was also a docent at the March Field Air Museum where he was instrumental in the creation of the Inland Empire Aviation Roundtable. He had a strong interest in the Civil War and was a docent at the Lincoln Memorial Shrine in Redlands. He was a member of Temple Beth El, Riverside, for close to 50 years and a very popular lecturer in the Temple’s Adult Education program.

In addition to his wife and children, Oscar is survived by his son-in-law, Mathew Martin; daughter-in-law, Karen Stillman; four grandchildren (Jacob, Jonathan, Joshua and Bridget); his sister and brother-in-law Eleanor and Stanley Field, and several nieces.