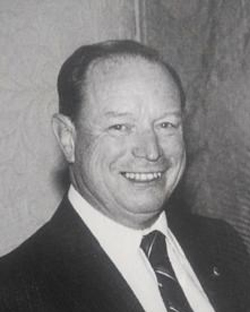 Msgt. Paul Granstrom was born on July 12, 1936 in Flint, Michigan. He is survived by his wife of 65 years, Donna Granstrom, and his three children, Paul Granstrom Jr., Deborah Perez and Carol Jones, 5 grandchildren, and 9 great grandchildren. He graduated from Flint Technical High School in 1954, and joined the United States Air Force. In the Air Force, he earned several medals including the Silver Star for his tours in Vietnam, and retired from March Air Base in 1974 as a 1st Sergeant. He owned Sugden Electric in Riverside, began working in home product sales and service. He was active in the Masons and served as Worshipful Master for the Temescal Palms Lodge #314, and then he moved to Las Vegas, Nevada. While in Nevada, he served the Presbyterian Church as a national representative, and became active in Shriners. Additionally, he serviced as potentate of the Las Vegas chapter, and as a member of the board for Shriner’s Hospital in Los Angeles. Four years ago he moved back to California, and Paul passed away quietly at home while residing in Sun City, California on Tuesday, June 9, 2020.