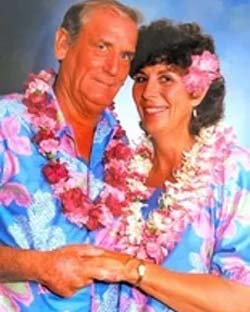 Paul Ogle, Husband, Father, Grandfather, Great Grandfather, passed away peacefully at his home in Apple Valley, California surrounded by family. Paul was born in Battle Creek, Michigan in 1935 and grew up in Dayton, Tennessee with his parents, Reba Louise Ogle and William Robert Ogle and his siblings William, Richard, Howard, and Barbara (Sally). Paul is preceded in death by his parents William and Louise and his brothers, William, Richard and Howard. He is survived by his wife Barbara (Gerritsen) Ogle of 64 years and their five children and spouses, Renee LaValli (Rusty), the twins Stephen (Jillmarie) and Michael (Robin), Tammy Thompson (James) and Glenn (Heidi) along with their 13 grandchildren and 10 great grandchildren.

Paul and his brother William joined the Navy in 1953 and rode a train from Memphis, Tennessee to San Diego, California. After an honorable discharge in 1957, he began his long 33-year career with Southern California Edison starting in Huntington Beach and later moving to Apple Valley in 1970. Paul had many stories that would make you laugh and made you feel right at home. He will be deeply missed by all.