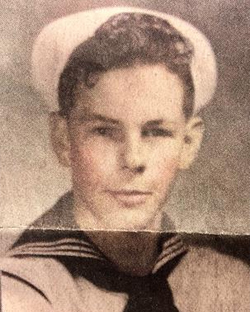 Ralph Neal Engle, 95 of La Quinta, CA passed away on October 27th. He was a WWII Navy Gunner’s Mate and survivor of many engagements in the South Pacific aboard the USS Honolulu from 1941 – 1945. He was an Indio business man for 25 years. He is survived by his children; Jim (Ginger) Engle; Jerry (Susan) Engle; Marla (Ray) Zupancic; and Wayne Weimer. He is also survived by numerous grandchildren and great grandchildren. He is preceded in death by his wife Gloria, sons Russell Engle and Robby Weimer.