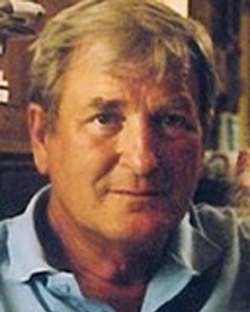 Ralph Gideon Harmon, 93, went to be with our Lord and Savior on July 22, 2019. He passed peacefully in his home with his eldest daughter and son at his side.

Ralph was born May 11, 1926 in Miami, FL. He spent his childhood in Kenova, WV and surrounding areas. In his teen years the family moved to Las Vegas to find work.

He joined the Navy at 17 as an Electrician’s Mate 3rd Class and served from 1944 – 1946 in the South Pacific during WWII upon discharge he rejoined the family in Moreno, CA.

From there he moved to Riverside where he built the first family home and began his working career at the City of Riverside Electric Dept.

He retired after 34 years. He was in the top three in his field. Upon retirement he worked at Lowe’s part time until he was 82.

His hobbies included lapidary, wood crafting, fruit tree grafting. He greatly enjoyed spending time with his grandchildren. He was also known for his sense of humor.

Ralph was a devout Christian and faithfully served the Lord throughout his life attending Pentecostal Church of God and Assembly of God Churches.

He always remained very close with his family and was known to be very loving and kind. He was always offering help to those who needed it.