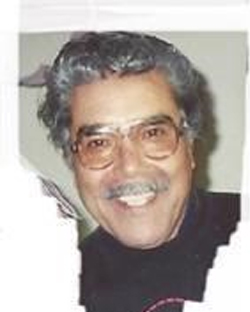 Age 89, passed peacefully on June 12, 2022. Raoul is survived by his wife, Elaine, and children Edward (Edilia), Christopher (Nancy), James, Annette (Tim) Heying, Jeannette Mendoza, David, and Albert (Amy), his brother Jose “Pepe” as well as 20 grandchildren and 22 great-grandchildren. He was preceded in death by his first wife Dora, his daughter Linda, as well as his brothers Daniel, Ralph, Elias, Jess, and his sister, Sister Teresa Avila. Raoul was a paratrooper in the Army with the 11th & 82nd Airborne during the Korean Conflict. He worked for the City of Riverside for over 40 years.