Written by Night For Vets on August 20, 2019. Posted in Gone But Not Forgotten 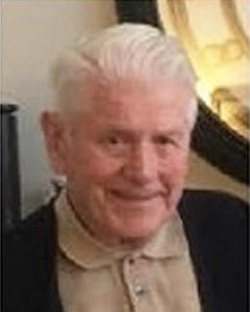 Ray Erven Hampshire, age 89, passed away peacefully on August 13, 2019, in Eugene, OR, with family at his side. Ray was born August 5,1930, the son of Nell and Erven Hampshire, in Pontiac, Michigan. He graduated from Pontiac High School in 1948, and attended from DeVry Institute in Chicago. Ray was inducted into the United States Army in August, 1951, serving during the Korean War. During his service, Ray married Virginia Morse (Ginny), on January 6, 1951.

After his discharge in 1953, Ray and Ginny immediately relocated to Southern California from Michigan, and began his 33 year career with Hughes Aircraft, retiring as Properties Manager in November, 1986. Upon retirement, Ray and Ginny began their second career as traveling explorers throughout the U.S. and Canada, spending several months a year taking their RV/trailer/motorhome anywhere that offered new experiences, scenery, and hospitality.

During their time in Sun City, CA, they also joined a local RV club, the Wheelers, and spent many enjoyable weeks sharing regional expeditions with their friends. Ray and Ginny relocated to Eugene, Oregon, in 2016.