Written by Night For Vets on October 2, 2018. Posted in Gone But Not Forgotten 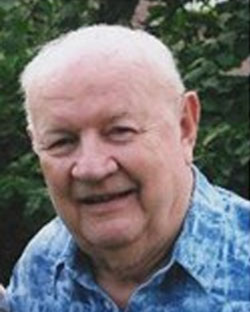 Age 89, of Riverside, CA, passed away on September 22, 2018, at Autumn Hill in La Sierra where he had been since February. Ray was born in Reynoldsville, PA, where he lived until he joined the Air Force at the age of 18. His 24 year career in the Air Force took him all over the world, during which he advanced to and retired from March Air Force Base as a Chief Master Sergeant. He was honored to be a part of the IG team for 3 years.

After a brief retirement, he began a second career as a postal carrier and received several awards over 17 years. In 1970, when an Air Force assignment brought Ray back to Riverside, he met Bernice Wood, asked her to dance, and within a short time, they married. Throughout their 46 years together they enjoyed dancing and traveling as often as possible. Together they were known to grow some of the sweetest peaches and the most flavorful tomatoes to the delight of family and friends. Their home was the family gathering place for the holidays and celebrations.