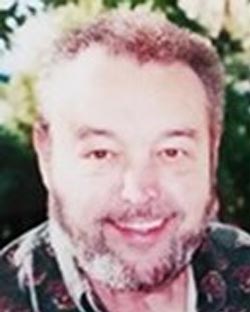 Age 84, retired USAF Master Sergeant, has gone to be with the Lord on May 18, 2018. Ray, a son of Edward and Evelyn Trudell, was born in Elizabethtown, NY. He grew up in Lake Placid, NY and later Sewickley PA, settling in Moreno Valley, CA since 1972. After serving 22 years in the USAF, he retired as a Maintenance Analysis Superintendent for the Strategic Air Command (SAC) of March Air Force Base.

After he retired from the Air Force, Ray started his own business and became the owner of Ray’s Exxon Gas Station at Central Avenue in Riverside, CA; bringing his knowledge of mechanics to his children who worked alongside him. He also worked many years as a night manager for the NCO club on March AFB and later as a List Marketing Analyst for Starcrest Products of CA in Perris. He volunteered at many places including Moreno Valley Community Hospital, Salvation Army, Retiree Activities Office of March ARB and March Field Air Museum. Ray was very proud to be a 54 gallon blood donor who has saved many lives (estimated to have helped around 1300 people). Ray was fascinated with mechanics, numbers and statistics; would discuss with anyone who would sit and listen, including his grandchildren.

He was preceded in death by his son Daniel; his grandson Keith; his brother Edward; his sisters Ethel Lukawecki, Jean Trudell, Estelle Nealer, Paula Miller, Marie McMahon and Eleanor Michalko. He is survived by his wife of 19 years, Phyllis; his sons Douglas, Donald, Derek and Patrick; his daughters Debbie Wilcox and Diane Mangus; his brother Eugene; 15 grandchildren and 10 great grandchildren.