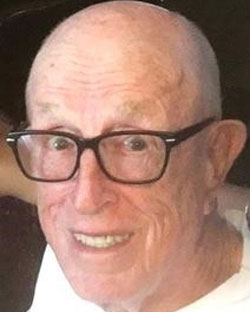 December 15, 1929 – April 30, 2022 It is with great sadness that we announce the peaceful passing of Raymond “Ray” Whitt, on April 30, 2022. Ray was born on December 15, 1929, in South Boston, Virginia. Ray enlisted in the United States Air Force in 1948. Ray met and married the love of his life, Emily, September 27, 1950 and were married 59 years until Emily passed in 2009. Ray retired from the Air Force in 1968 from March AFB when Ray and Emily decided to make Riverside their permanent home. Ray went to work for Jurupa Unified School District and remained there until his retirement. Ray was preceded in death by his son, Ray Jr., bothers, William and Henry, sisters, Hester, Annie Bob, Elsie, Beadie, and Goldie. Ray is survived by his sister Shirley, children, Pam, Jerry (Sandy) and Ron (Morgan), nine grandchildren and 13 great grandchildren. In retirement Ray and Emily could be found at whatever event their grandchildren participated in. Ray was a sports fan and loved the Angels baseball team. He was also a lover of animals, especially dogs. Words cannot express our gratitude for the staff at Pacific Vista Senior Living for the loving care they provided.