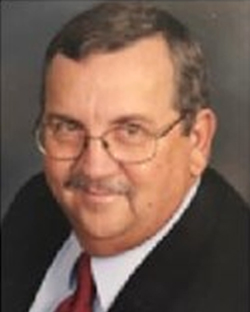 Richard Henry Biber was born November 7, 1944 to Henry and Jessie (Ormond) Biber in Buffalo, NY and fell asleep in Jesus on March 19, 2019 after a brief battle with esophageal cancer. Following graduation, he joined the USAF serving at Mather Air Force Base in CA, coming home to support family after his father’s death. Rich worked at Graphic Controls, holding many different positions. It was there in 1967 that he saw the beautiful mail girl, Sharon. He told everyone he was going to ask her out and would marry her someday. Rich and Sharon (Goerke) were married January 27, 1968 and had 3 sons: David, Robert and Paul.

In 1978 they moved to Riverside, CA. Rich worked in many positions at FPC Graphics. In 1998 he became Executive Director of Parkview Community Hospital Foundation. From 2002 until his passing, he worked as Director of Development at Valley Health System, Physicians for Healthy Hospitals, and Healthy Hemet-San Jacinto. Rich was active in the community as a volunteer and valued leader serving the YWCA Men Who Cook, Dollars for Scholars, programs at Myra Linn and Longfellow Elementary Schools, and many others. Rich received numerous awards from these organizations including the Spirit of Riverside Award and Good Morning Riverside Award on four occasions. Rich served as President and other positions within the Arlington Chamber of Commerce and Teen Challenge Advisory Board. Rich was a member of St. John’s Lutheran Ministries in Hemet.