Written by Night For Vets on December 20, 2019. Posted in Gone But Not Forgotten 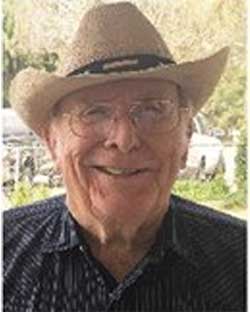 Richard Daniel Blythe, 82, passed away December 8, 2019 at Hemet Valley Medical Center surround- ed by family. One of 13 siblings, Dan was born June 27, 1937 in Guymon, Oklahoma to Richard Clarence and Ruth Nancy Blythe. After moving to California, Dan served in the U.S Army before working with the United Parcel Service for 35 years until his retirement in 1992. He is survived by his wife Jean and her children, his children, Beverly Mooty and Brad Blythe, and his step-children of his second wife, Earline. He is also survived by many grandchildren and great grandchildren. He was preceded in death by his first wife, Valletta, and their son, Burt, both of Indio CA.