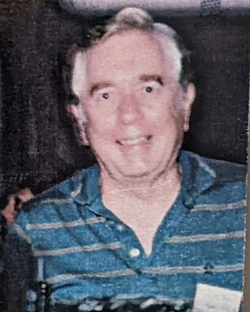 Richard (Dick) Francis Gauthier was born Nov 9, 1934 in San Francisco, California. As a small child he moved to Inglewood CA with his father, mother, older sister Jean and older brother Buddy. During his early years, Dick loved sports and participated in the 1948 Jr Olympics. After high school he joined the army and was stationed in Lubeck Germany. He continued relationships with his fellow soldiers long after his service. After the Military, Richard enrolled to U.C. Berkeley as a history major. While attending college, he met his wife, Geraldine (Geri) Lee. They married in 1961, returned to southern California, and settled in Altadena, where Dick worked for Allstate insurance for 32 years. There they raised two children, Daughter Laurie Gauthier-Jones (1962-) and son Steven Tilden Gauthier (1963-2009). Richard and family attended St Elizabeth’s Catholic church in Altadena for many years. He loved riding his motorcycle and belonged to several motorcycle clubs, in particular the Desert Riders (Palm Springs, CA) in his later years. In 1998 Richard and Geri Moved to La Quinta, CA and later settled in Indio, in the Coachella Valley. Richard was a devoted husband and loving father. After fighting a short illness, Richard passed away quietly in his home surrounded by his family on May 28th. Preceding his death was older sister Jean (2011) and son Steven (2009). He is survived by his wife of 61 years, Geraldine; Daughter Laurie Gauthier-Jones, and 3 grandchildren: Geena Gauthier, Savannah Gauthier-Jones and Hunter Gauthier-Jones.