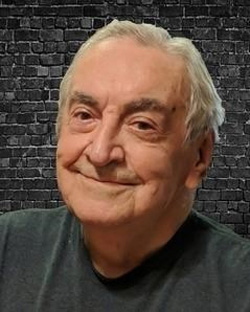 April 27, 1932 – June 20, 2021 Richard Ladwick Hanscom, Jr left the cares of this world on June 20, 2021. He was 89. He is survived by his two children, Cheryl (Hanscom) Wilcox (Randall) of Riverside, Richard III (Yvonne) of Ontario and his grandchildren Arianne and Alyssa Wilcox, and Erin and Bryan Hanscom. Richard was born on April 27, 1932 in Machias, Maine to Richard Sr of Machias, ME and Evelyn (Hamilton) Hanscom of Cambridge, MA. He was predeceased by his parents, his sisters Barbara (Hanscom) Holden, Ann (Hanscom) Adams, and by his loving wife of 55 years, Farolyn (Wilson) Hanscom who passed away in 2013. As a young man, Richard was an Eagle Scout and later was a member of Boy’s State. Richard enlisted in the Air Force after graduating from high school in June 1950 and entered basic training the day the Korean War broke out. He had a two and a half year tour of duty at Haneda Air Base in Japan during the war. When he returned home, he completed his Air Force assignment and after his discharge, he spent four years in the Maine Air National Guard. Richard began his studies in Electrical Engineering at the University of Maine at Orono in 1954, graduating with a Bachelors of Science in Electrical Engineering in 1959. He worked his summers with the FAA. He met his wife Farolyn in 1957 on a blind date and they were married in May 1958. His work took him and Farolyn away from their beloved Maine to several locations including Savannah, GA, Springfield, VT, and Rome, NY where he worked for General Electric on various projects. In 1963, Richard moved to the Apollo Spacecraft Division in Daytona Beach, FL where his work on the Command Service Module and Lunar Excursion Module took him to California, Texas, and New York, ultimately being assigned as Assistant Project Engineer for Apollo 12. When his work for Apollo ended, Richard worked in the electronics industry in several cities/states including Syracuse, NY, Corning, NY, and Riverside, CA. In June 1972 while living in North Syracuse, NY, Richard rejoined the Air Force as a reservist until retiring as a Lieutenant Colonel in Riverside, CA in April 1992. He served his country for a total of 41.5 years. Richard graduated from California State University San Bernardino (CSUSB) in 1986 with a Masters of Business Administration in Marketing and after deciding to leave the electronics industry, he was a substitute teacher for two years, pursuing a teaching credential in Business Education from CSUSB. Richard taught for two years at Perris High School before moving on to San Gorgonio High School in San Bernardino, California where he taught Business Education for eight years until he and Farolyn retired from teaching in 1997. In retirement, Richard and Farolyn enjoyed traveling in their motorhome and spent every summer and fall at their favorite campground on Toddy Pond in East Orland, ME until 2010. They were both part of SMART, traveling to musters in California and Nevada when they weren’t in Maine. Richard and Farolyn’s ashes were mixed and buried in their beloved Maine in the family plot at Longfellow Cemetery in Machias on September 20, 2022, surrounded by family.