Written by Night For Vets on September 21, 2020. Posted in Gone But Not Forgotten 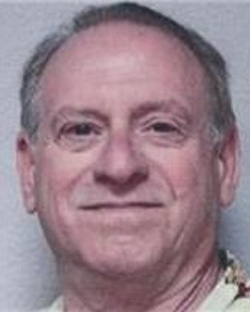 Long time resident, Richard W. LaLiberte passed away on August 29, 2020 from lung cancer, surrounded by his loved ones. Richard was born in Hartford, Connecticut and arrived in the High Desert via George Air Force Base in the 1960’s with his service in the United States Air Force. Richard thereafter attended Victor Valley Junior College and then the University of California at Davis earning a degree in Design. Richard was a professional building designer and was involved in the design and building of many homes and projects in the High Desert, including Jess Ranch Senior Community and thereafter many schools while employed by an architectural firm in the High Desert. He served proudly on the Town of Apple Valley’s first planning commission. Richard loved his home, gardening, bonsai plants, drawing, Saturday night cards and his family and grandchildren. He further loved boating at Lake Havasu, especially with family and friends and traveling with his wife and friends trying to complete his “bucket list” of places to visit. He had a great life with no regrets. Richard is predeceased by his parents, Norman and Angelina LaLiberte, brother Norman LaLiberte and sister Denise LaLiberte. Richard’s survived by his wife of 35 years, Sherry A. Thompson, son and daughter-in-law Alex and Elva LaLiberte, grandchildren Gabriel and Alexandria LaLiberte; brothers and sister-in-laws Roger and Ann LaLiberte, Mark and Cindy LaLiberte, and sister-in-law Linda Thompson, along with many nieces, nephews and friends, and his special dog buddy, Barley.