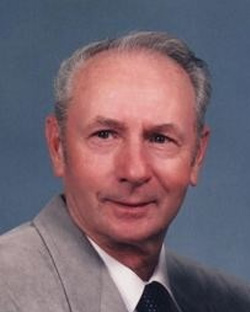 Richard (Dick) Maxwell Senior June 24,1929 – October 2, 2021 Richard Maxwell (Dick) Senior passed away at his residence in Banning, Ca. October 2, 2021. He was born June 24, 1929 in Kane, Pa. Son of the late William and Miriam Senior of Bradford and Warren, Pa. He graduated from Bradford High School, Class of 1947. He served in the Pennsylvania National Guard and the Army 82nd Airborne Division 325 Battalion during the Korean War. He worked at the Detrick Farm and the Ideal Farm in Kane, Pa. and various plumbing jobs along the way following in his Dad’s footsteps. In 1963 he moved the family to California and worked as a plumber for Local 398 in Montclair, Calif. He worked as a plumbing Foreman for McKean Mechanical in Azusa, Calif. for 22 years; accumulating 50 years in the United Association of Plumbers and Fitters. After retiring from the plumbing business he and his wife Leora of 50 years moved to Pahrump, Nevada. Content with hunting, fishing, riding the mountains in Nevada on his ATV and prospecting on the side, he continued on after his wife Leora passed on. A biography of him, in book form: The Keeper of the Well; geared toward fourth graders was written. It depicted what he had done for all the wildlife on Spring Mt. with the cooperation of the United States Forest Service and the Arts Council of Pahrump, and the Mt. Charleston license plate commission. Many of his poems have been published in magazines, books and newspapers. He has published two books, The Black Knight and the Path Finders in Space. He is highly recognized by his peers. Preceding him in death was Leora May Senior, formally Leora Call, their son Robert M. ( Micky) Senior, sister Nancy Brace, brother Sr. Master Sgt. Kenneth A. Senior, parents, William Clyde and Miriam Luicille Senior. Survivors are sister Janet Putnum of Corry, Pa., daughter, Tracy Galongo of Banning, Calif, grandsons, Ryan Senior of Marysville, Washington, Daniel Hohman Jr. of Calimesa, Calif, three great grandsons Rylee Senior, Trenton Hohman, and Travis Hohman.