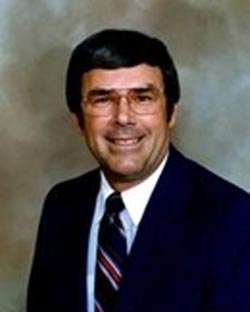 Age 86, of Upland, CA, passed away February 17, 2020 at Pomona Valley Hospital Medical Center after a brief illness. Born in Alhambra, CA, on September 15, 1933 to Charles "Vic" Sr. and Altha Gertrude Soper. The family moved to Pomona from Santa Ana in 1938 where he attended Lincoln grammar School, Emerson Junior High School, and Pomona High School. After graduating from high school in 1951, Richard attended Mt. San Antonio College prior to being called to the colors for the U.S. Army in 1953.

While in the service he served with the Engineers in Uijeongbu, Korea, 25 miles north of Seoul until 1955. Richard married Carolyn Craig on October 3, 1953 just prior to his departure for the Far East from Fort Ord where he received basic infantry training. After a brief three day honeymoon he was shipped out to Japan and Korea. When Richard returned home from Korea he completed his A.A. Degree from Mt. San Antonio College in 1958. From 1938 to 1969 he lived in Pomona, CA, then Monrovia, CA for a short time until moving in 1971 to Upland, CA where he lived until his passing.

Richard worked for Southern California Edison Company, 12 years as a Lineman, 39 years as a Planning Engineer, and retired after 41 years in 1996. After retirement from Edison, he worked another 10 years through Arizona Pipeline for Edison as a Project Engineer. In 1964 the family began camping at Lake Almanor in Northern California and fell in love with the area. Soon they purchased a second home at Lake Almanor Country Club where they played tennis, golfed and water-skied.

Richard and Carolyn traveled yearly to their timeshare in Princeville, Kauai to enjoy more tennis and golf. As avid tennis players they fulfilled a dream and traveled to Australia, England, France, and New York to attend the Grand Slam of tennis. Richard was worshipful master of Pomona Masonic Lodge 246 and served as President of Edison Masonic Club, President of Kiwanis Club (Upland) and a member of The Uplanders service club. He was an active member at Upland Hills Country Club where he played golf four days a week until late 2019. Richard and Carolyn were high school sweethearts and married nearly 60 years. Those who knew Richard well enjoyed his sense of humor and love of practical jokes.