Written by Night For Vets on September 3, 2019. Posted in Gone But Not Forgotten 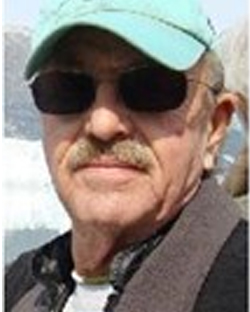 Always known to be one incapable of mincing words or suffering fools. He had the gift of telling one and all what was on his mind without unnecessary filtration. Survived by his wife Beth, sister Charlotte and brothers of another mother, Bruce and Gary Waddell. Bob was born in Eureka, Ca. His family later moved to Seattle and finally settled in Riverside. Bob graduated from Ramona High School in 1965. He went on to serve in the US Navy as steam-fitter on one of the last steam powered heavy cruisers circa 1944.

Upon his discharge from the Navy Bob worked at UCR in Riverside and began his apprenticeship as a refrigeration mechanic where he became certified and licensed as such. He eventually went into sales of commercial refrigeration. After driving into LA and beyond for years he gave up his life of long hours on the Riverside Freeway and bought a pool route in Riverside which kept him active for many years. Bob liked cruising; the destination was always secondary to the process. He loved dining, the shows and especially dressing for the events. And Bob was the master of the Weber kettle. He enjoyed big barbeque get togethers cooking for family and friends whether camping or at home. Bob and Beth loved entertaining family and friends.