Written by Night For Vets on October 7, 2020. Posted in Gone But Not Forgotten 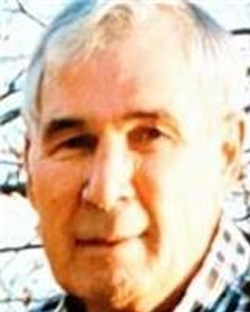 Bob was born on March 23, 1931 in Independence, Kansas to parents Clyde 0. Braden and Grace M. ( Fitzgerald) Braden. Bob was seven years old when his mother died, but was later adopted by his loving stepmother Estelle (Griswold) Braden. He attended Independence High School and was active in football, basketball and track. Upon his graduation in 1949, he attended Tulane University on a football scholarship, later transferring to Kansas University. While there he married Valoris Kay (Swenson) Braden. He graduated in 1955 with a degree in Geology. Since he had been a member of AF ROTC he was commissioned as a First Lt. and began his flight training at Marana, AZ. It didn’t take long to realize he loved flying and decided to make it his career. His regular assignments began at Seymour-Johnson AFB, N. Carolina, and Bitburg AB, Germany, then on to Brookley AFB, Alabama, a member of the Flight Test Unit. After a training period at Nellis AFB, Nevada, he was assigned to Korat AB, Thailand where he completed 100 missions as a Wild Weasel in the F-105. Returning home, he was assigned to Luke AFB, Nevada as an instructor to pilots of the German AF in the F104, then on to Kadena AB, Okinawa. George AFB, CA was his final assignment where he retired in 1978 as a Lt. Col., having flown the F-86, F100, F104 and the F-105. Bob enjoyed his work as a volunteer, as well as the people he met doing so. He was a member of the Moose Lodge and worked for 14 years with the Apple Valley Citizens on Patrol. He was preceded in death by his parents, two sisters: Jean Benedict of Fort Collins, CO and Betty Wohltman of Independence, KS. He is survived by his wife of 68 years Valoris Kay Braden, son Michael Robert Braden and wife Kathyren, of Gambrills, MD, daughter Christine Kay Clark of Victorville, CA, and daughter Nancy Ann Wagner of Phelan, CA. Grandsons are Robert Austin Braden of Odenton, MD and Jeffrey Alan Braden and wife Kristen of Huntingtown, MD, Seth Paul Clark of Watauga, TX, and Logan Miles Clark of Killeen, TX; great-grandchildren Adriana Rae Braden and Owen Cole Braden, also of Huntingtown, MD. Bob’s wife and children were able to be with him when he passed away peacefully at home.