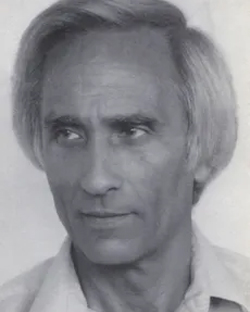 Robert Lane Canfield, 90, of Novato and Palm Desert, California, passed away peacefully on August 4, 2022 at his home in Novato, with loved ones at his side. He was born in Dallas, Texas, on June 7, 1932, to Robert and Elizabeth (Brown) Lane. His mother, widowed in 1937, later married Gilbert Canfield, who adopted Bob and his brother Ron, and was the father of Bob’s other siblings, Linda and Charles. In 1954, Bob married his high school sweetheart Gae Whitney, who predeceased him in 2011. Bob graduated from Kansas State University in 1956 with a degree in architecture. He was then drafted by the army and stationed at the Presidio in San Francisco, where as a conscientious objector he served as a medic. Upon his release, he worked as an architect for Germano Milono & Associates and later for HOK Group, Inc., leaving that firm as a senior vice president to start his own business as an architectural photographer, a business he maintained until his death. Some of the notable projects he photographed were the restoration and seismic upgrade of San Francisco City Hall after the 1989 earthquake, the remodel of the San Francisco Opera House, and the San Francisco Museum of Modern Art. Bob had an intense passion for nature and for art, and photographed stunning landscapes both in Northern California and in the desert. He collaborated with his daughter in making art together, she working in the encaustic (hot wax) medium, and he capturing these ephemeral images photographically. Several of his, and their, pieces have been exhibited in Northern and Southern California. He is survived by his daughter Lynn Canfield of his home in Novato, son Noel Canfield (Kyra) and grandchildren Eli and Chloe Canfield of Bellevue, Washington, his sister Linda (Canfield) Jeffries of Lafayette, Indiana, and his partner in life Carol “CB” Buller of his home in Palm Desert. Private celebration of life services will be held in Novato and Palm Desert.