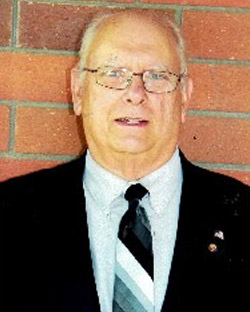 ROBERT (BOB) MARTIN EDWARDS Robert (Bob) Martin Edwards was born on January 10, 1947 to George and Ruth Edwards in Houston, Tx. Robert entered into eternal rest on September 28, 2021 in San Bernardino, CA. Bob is survived by his loving wife, Gail Edwards of San Bernardino, Ca., loving daughters Michelle Gee (David), Carolyn Edwards, and grandchildren, Robert and Elizabeth Vasquez, Rachel, Sarah, and Danielle Gee. Bob loved spending time with family and close friends, being behind a camera, volunteer work, and telling stories about cars and airplanes. He was a hardworking man who served in the United States Air Force for 20 years. His career started at Norton Air Force Base. After his military service, he continued to work for several years in the aerospace industry. His greatest pleasures were serving 9 years as the president of The Norton AFB Museum, and walking through life’s journey with his wife of 53 years. He will be deeply missed by family and friends.