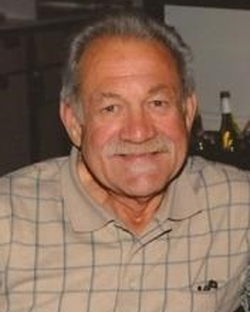 Robert Martin “Bob” Fechner went to be with the Lord on Sunday, January 31, 2021, at the age of 68, in Hemet, California. He was born to Robert Reinhold Fechner and Lorraine Eleanor (Anderson) Fechner. Following high school, Bob enlisted in the U.S Marines and is a Veteran of the Vietnam war. Bob became a successful building inspector for 33 years with the City of Hemet and City of Menifee. While balancing his career, Bob was also an amazing husband and a dedicated father. He was married for 37 wonderful years to the love of his life and his best friend, Pamela Fechner. He was blessed with 4 beautiful children who would later make Bob a grandfather as well. In his spare time, he enjoyed riding his Harley Davidson. Bob was an avid Green Bay Packers fan and was a member of the Elks. His love for his family was immeasurable. Bob is survived by his loving wife, Pamela Fechner; his children, Misty Rodriguez, Michael Fechner, and Kristen Fechner; his grandchildren, Emily Rodriguez, Michael Fechner, Phillip Jeffries, Camilla Fechner, and Mika Center; his great-grandchild, Julian Rodriguez; and his nieces, Sherry Zwoniarkiewicz, Ashley Holly, and Chelsea Gantz. He was preceded in death by his loving son, Robby Fechner, his sister, Sharon Burgess, and nephew Dylan Sparks.