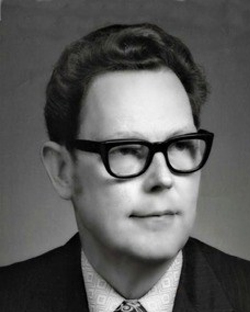 Robert Carl Gustaveson passed away at home on November 2, 2021, from complications due to congestive heart failure. He was born February 3, 1928, in Los Angeles, California, to David Hyrum Gustaveson and Eva May Petersen. He grew up in the Los Angeles area and moved to Hyrum, UT, 14. Robert served a mission for the Church of Jesus Christ Latter-day Saints in California. Upon his return, he finished his Bachelor’s and Master’s degrees from Utah State University. Later he served as an Air Force officer during the Korean War and was awarded three battle stars. After military service, he taught Middle School in Salt Lake City. While teaching, he met his wife, Julia Anne Neville. They were married in the Salt Lake Temple on August 15, 1955. They lived in Salt Lake City, where Robert attended law school at the University of Utah. After graduation, they moved to California, where they lived forty-six years in Pomona and Claremont. He was elected City Attorney in Pomona and later a Superior Court Judge for Los Angeles County. In addition, he served for one year as Presiding Judge of the Los Angeles County Municipal courts. Robert had a strong testimony of Jesus Christ and served as a ward clerk for the Hyrum 2nd ward when he was seventeen. While living in California, he served in many leadership positions, including Bishop for the Claremont 1st and Claremont 2nd wards and as a counselor in the LaVerne Stake. Retirement didn’t slow Robert down. He worked an additional 11 years as a retired judge on assignment. When he left the bench, he was on record as the longest sitting judge for Los Angeles County. Additionally, he authored and published seven novels. He was also a prolific artist and enjoyed sketching, painting, and creating cartoons. Robert is survived by his children: Jan Harris, Christy Taylor (Mark), Susan Gustaveson, and Carl Gustaveson (Valerie). Besides his wife, parents, and brothers, Robert is preceded in death by his daughter Barbara Gustaveson. He was a proud grandfather of 19 grandchildren and 35 great-grandchildren.