Written by Night For Vets on October 15, 2018. Posted in Gone But Not Forgotten 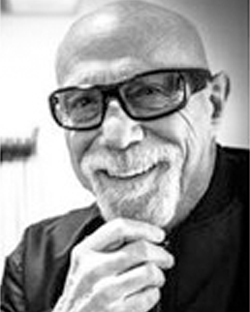 ROBERT (BOB) RAY HARRIS – 86 years August 12, 1932 October 6, 2018 Bob was born in Glendale,CA. His family moved to Riverside in 1936. He leaves behind his wife Susan of 37 years; his brother David Harris; son Michael; daughter Lisa Cornella; granddaughter Elizabeth; grandson Christopher; his step sons Aaron and Tyler and their five children; nephews Jeff and Brad and his niece Julie. Bob also leaves his business partners and friends Ron Wiklund and David Hubbard. Bob had countless friends that he checked in with, “I hope you’re doing well, (and if not) what can I do to help?” They knew he was sincere.

Bob joined the U.S. Air Force in 1951 and was honorably discharged in 1955. He graduated from UCLA June 9, 1960, with a Bachelor of Science in Engineering. He was the principal owner of Klure and Harris, Inc. dba KH Metals and Supply, a company started in 1941 by his father and a partner. Bob took over in 1963. He changed the focus of the business from scrap metal and old airplane parts to a metals warehouse and industrial hardware store. Feb. 17, 1986, he broke the world’s glider altitude record at 49,009 ft. His sailplane hangs in the National Air and Space Museum’s Udvar-Hazy Center.

Bob donated regularly to the Air and Space Museum. He called it “hangar rental”. At 72 Bob rode his bicycle from Huntington Beach, CA to Norfolk, VA. He enjoyed flying, cycling, cooking, photography, art, and most of all PEOPLE!