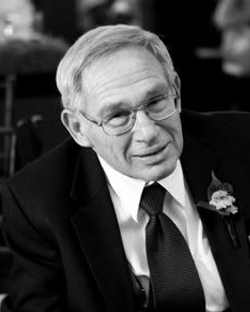 On February 1, 2021, Bob passed away at home surrounded by his loving wife of 53 years Linda and their son Tim. Bob was born on April 13, 1947 in Honolulu, Hawaii at St. Francis Hospital to Mary and Leonard Heckendorf where his father was stationed with the U.S. Navy. His family moved soon after to the mainland, where he grew up and attended Bolsa Grande High School. It was there he met the love of his life Linda Hermanson. The couple were married on April 27, 1968 and began their life adventure together. A proud veteran, Bob served in the Air Force during the Vietnam War. He and Linda spent a year and a half stationed on the Greek island of Crete, and look back fondly on the time they spent on the island, with one moment in particular standing out. One lovely summer night, accompanied by close friends, Bob and Linda carved their initials into a tree in a small village where they often gathered. That tree, and the initials, still remain today. After Bob’s tour in Greece, the couple moved back to the States. Their son Tim was born in 1974, and the family settled in Riverside soon after. In addition to being an avid fisherman and collector, Bob was a highly-skilled woodworker and crafter. He and Linda owned Wooden Images, their own custom furniture company, and traveled up and down the West Coast and beyond selling their hand-crafted items. When not working in the shop or looking for treasures at a swap meet, Bob was a loving father who enjoyed spending time with Tim, especially fishing. You could count on seeing Bob and Linda cheering in the stands at Tim’s many baseball games, even double headers. In 1988, Bob was diagnosed with Parkinson’s Disease. While the disease began to physically slow him down, Bob still maintained his upbeat sense of humor and love of life and family. Bob enjoyed family gatherings immensely – especially when there was dessert served! Later in life, Bob and Linda were able to travel to places like Hawaii, Mexico, and the Pacific Northwest, spending quality time with loved ones. Bob was preceded in death by his parents Mary Heckendorf (Young) and Leonard Heckendorf, and in-laws Magdalene Hermanson (Wetzstein) and Vernon Hermanson. Bob is survived by his devoted wife Linda, son Tim, daughter-in-law Gillian, granddaughter Gemma, sister Heidi Rigler (Heckendorf) and partner Rainer Ahlers, sister Sue Friedrichs (Heckendorf), sister-in-law Major (Retired) Melanie Hermanson and friend Jeannine Mott, niece Maryann (Rigler) Roble and husband Tony Roble, great nephews Graham and Wes Roble, niece Rebecca Rigler and fianc‚ Jordan Pierce.