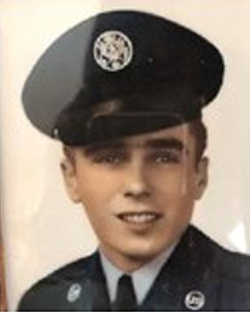 Bob passed away peacefully with his family by his side Saturday, March 8, 2019. Bob was born on January 10, 1931 in Westfield, Massachusetts to William and Helen Howe. The Howe Family moved to San Jacinto, California in 1945 where he lived until 1951 when he left to serve in the Air Force, reaching the rank of Sergeant. After returning home to the San Jacinto area in 1955, Bob established himself as a respected general contractor. Bob is survived by his partner Rita Tomson, his sister Marylou Powers, his children Robert Gregory Howe (Colleen), Jerdone Alicia Howe (Ed) and William Bradford Howe (Alice); his stepchildren, Margo Nichols, Gloria Luna, Elsie Pruitt, and John Luna; and his many grand and great grandchildren.