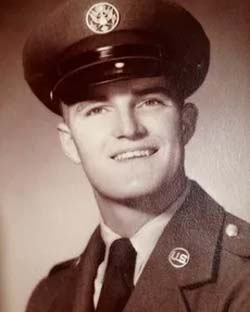 Robert C. Kline (Bob), age 85, passed away peacefully on August 17, 2022, in the home he built in 1978 in Coachella, CA. Bob was born on July 20, 1937 in Chicago, IL. He spent the first years of his childhood in Indio, CA. His middle and high school years were spent in Pomona, CA. Upon high school graduation, he enlisted in the US Air Force. After his honorable discharge, Bob returned to the Coachella Valley in 1962 to raise a family and start “Bob Kline Fence Co”. Bob is survived by his three devoted daughters Kim (Scott), Terrie (Tim), Devona (Greg) and his son Ray. He was also predeceased by his son Bobby Kline, Jr. Bob leaves behind 9 grandchildren, 12 great grandchildren and many adopted children and grandchildren throughout his life. Bob formed lifelong friendships from his years leading the Boy Scouts and coaching La Quinta Little League. His childhood years as an Eagle Scout groomed his passion and love for the outdoors. He passed that tradition to his Boy Scout troops and family on their numerous camping trips to Utah. He was a man of great integrity, a prolific work ethic, and the BEST sense of humor! He was a proud, honest man who was forever devoted to his family and friends. He will be greatly missed by so many.