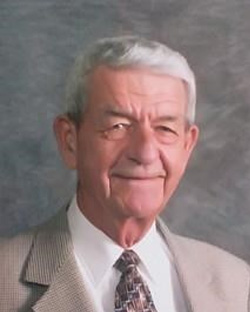 June 29, 1923 – October 21, 2021 Robert "Bob" Neal Lahann was born June 29, 1923 at his grandmother’s farm in Daviess Co., Indiana. He passed away October 21, 2021, at the age of 98, in his home in Sun City, California. His parents were Herman and Maude ‘nee’ Wilson Lahann. Bob grew up in Sioux City, Iowa and graduated from Central High School in 1941. He went on to graduate from the University of Nebraska with a Bachelor of Science degree in business. Bob fought in WWll and the Korean War as a Navy Air Pilot and went on to retire as a Navy Commander.. He was owner/operator of Lahann Claims Service in Riverside. After retirement he loved to fly "space available" through the military. He went all over the world. Bob was a minister of Religious Science and performed many marriages. He was also a life time member of toastmasters. The one service Bob was well known for was his work and love of Alanon. He spent 55 years working the program and was a mentor, friend, and sponsor of many. He was loved by all who knew him and he made such a difference in so many lives. Bob was preceded in death by his parents; wife Goldene; son Steven Lahann; grandson Robbie Gettler; brother Everett Lahann and sister Elinor Abker. He is survived by his brother Donald Lahann; son Douglas (Lee) Lahann; daughter Barbara (Mike) Dwyer; grandchildren Richie (Yoma) Gettler, Christopher Gettler, and Shannon (Jason) Stein; great grandchildren Richie Gettler lll, Joseph Gettler, Braden Stein and Cadence Stein. He is also survived by many nieces.