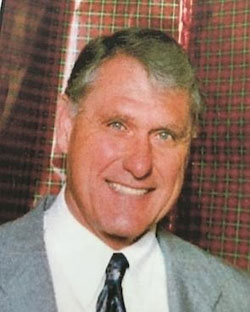 On Sunday, December 13, 2020, Robert “Bob” Winn Lienau, beloved husband, father, grandfather and friend, passed away peacefully at his home in Palm Springs, California at the age of 93. His wife of 57 years, Judy, was by his side.

Bob was born on September 21, 1927 in Redlands, California to Harold and Marian Lienau. He graduated from Palm Springs High School in 1945 where he was class president and a member of the football, basketball and track teams. After high school, Bob joined the U.S. Navy. Following his Navy service, he attended the University of Redlands. Bob loved outdoor activities including running, hiking, biking, swimming and geocaching. He was a long-time member and past president of the Kiwanis Club in Palm Springs. Bob’s career included being the chief appraiser for the Riverside County Assessor’s Palm Springs Office and later the original owner of Murphy Beds of California. Bob married Judith “Judy” Jeffreys on September 24, 1963 in Chino, California.

Bob was preceded in death by his parents, his brother Herbert H. Lienau, and his granddaughter Meridith Lauren Wiles.

Bob will be especially remembered for his smile, his kindness, his sense of humor and who could forget those “baby blue eyes”.