Written by Night For Vets on August 17, 2018. Posted in Gone But Not Forgotten 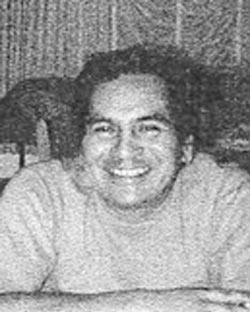 Robert Leo Martinez, born on October 29, 1932 in Chicago, Illinois, to the late Sara Kramer and the late Jesse Martinez, passed away at age 85 on July 5, 2018 in Chula Vista, California. Robert served in the Army in the Korean War and he also worked at The City of Riverside as an air conditioning & heating supervisor. Robert is survived by his son, Robert Martinez; and daughters, Ellen Phelps, Laura Baldwin (Dan) and Sara Hills (Steve). He is also survived by several grand and great grandchildren as well as several nieces & nephews. Robert loved dancing, poker & telling jokes. In lieu of flowers donations in Robert’s name to aare welcome and appreciated.