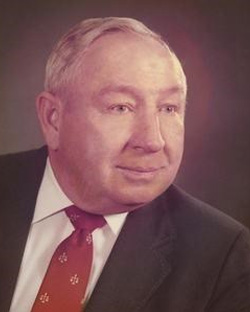 Robert (Bob) Matheson passed away peacefully in his sleep in the early morning hours of August 24, 2020. He was a native Californian, born in San Bernardino and raised in Riverside, California. Bob graduated from Poly High School in Riverside and served his country in the Navy during World War II between 1943-46. He graduated from Riverside Junior College in 1947 and the University of Southern California in 1950. In 1950 he married his wife Dorothy and they were married for forty-nine years until her death in 1999. Bob was appointed in 1951 as a Special Agent of the Federal Bureau of Investigation. After training school, Bob served in the FBI offices in El Paso, Texas and Chicago, Illinois. In 1954 he was transferred to the Los Angeles, California office where he was a resident agent. He was promoted to Supervisor of the Fugitive and Bank Robbery squads in 1964. Five years later, Bob was transferred to FBI headquarters in Washington, D.C and served in the Administrative, Inspection, and General Investigative divisions. He was promoted to Assistant Special Agent in Charge of the New York office in 1972, and also held a similar role in New Haven, Connecticut. In October 1974, Bob was assigned to the Office of Planning and Evaluation at FBI headquarters as Senior Staff Coordinator, and in January 1975 he was promoted to Deputy Assistant Director of the Office of Planning and Evaluation. Finally, in 1976 Bob was transferred to the Los Angeles FBI office as Special Agent in Charge (SAC) of the Administrative Division where he remained until his retirement in 1978 after a twenty-seven-year career in the FBI. After his retirement from the FBI, Bob served as an administrator for the law firms of Thompson and Colgate and Redwine and Sherrill. Bob was one of the founders and former Chairman of the Inland Desert Empire Chapter of the Society of Former Special Agents of the FBI. He and his wife Dorothy remained active with the FBI “family,” attending several national and regional conventions in cities such as Las Vegas, Dallas, Honolulu, and Washington, D.C. Bob will be remembered as a loving and devoted husband and father, and for his uncanny ability to develop and foster friendships with the multitude of people he encountered in his life. He enjoyed golfing, boating, community activities and socializing with friends. Bob was preceded in death by his wife Dorothy. He was the loving father of his son Rob (wife Teri) and daughter (Laurie), and proud grandfather of Erin (husband Andy) and great-grandfather of Lucas. The family would like to thank the Canyon Crest Sunrise Assisted Living staff who so lovingly looked after Dad during the past year.