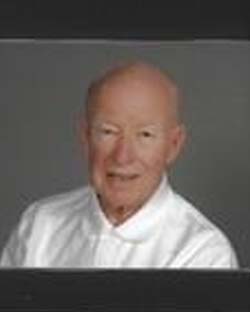 Price McConnell died peacefully at home in Apple Valley on March 3, 2021 after a short illness. He was born in Danville, Virginia on June 9, 1942. After graduating from high school, he attended college at Virginia Tech (VPI), where he was a member of the Corp of Cadets. His fondest memories of Virginia Tech involved his three years as student manager of the basketball team enabling him to travel with the team throughout the basketball season. After graduating he joined the US Air Force fulfilling a childhood dream of a career in flying and serving his country. He did two consecutive tours of duty in the Vietnam War flying over 200 combat missions as the navigator aboard the B66 Bomber and F111 Fighter Jet. His Air Force career led him to assignments at various bases across the United States. He particularly enjoyed being stationed in England and flying alongside the Royal Air Force taking him to bases all over Europe. After a 20-year career with the USAF he retired with the rank of Major from George AFB. Price subsequently worked for Northrop Grumman at their facility in Palmdale which built the B-2 bomber. He took tremendous pride in the success of the Stealth project as a Test Support Engineer. He is survived his by loving wife Margaret and daughter Marcy Piersol (Matt) of Granite Bay and grandson Gavin; brother Ned McConnell (Susan) of Charlotte, N.C.; nephew Ian McConnell (Megan) of San Francisco; niece Emily Bridges (Ryan) of Matthews, N.C. Step daughter Kristina Ripatti of Redondo Beach and step grandchildren Jordan & Lucas; step daughter Cora Ripatti Sutherland (Ozzie) of Los Angeles and step grandsons Valan & Soren. He is also survived by his former wife Sheryl Truslow . He is preceded in death by step daughter Maureen Ripatti.
Price had a life-long love of sports, playing basketball and golf in high school. He enjoyed watching sports on television and closely followed ACC basketball and football games from his California home. He was a beloved member of the community and a man of great faith. When he wasn’t sitting around telling stories he could be found chasing planes, trains and automobiles around the state.