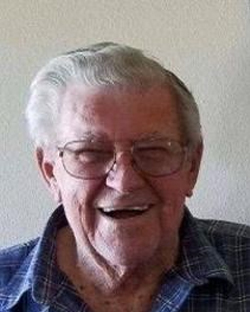 Robert (Bob) was born in Sedalia, MO to Lorine and Ralph Mosby. As a young man, he served in the U.S. Army in Panama during the WW2 era. After his return home Bob married Pauline, his wife of 60 years, in 1948. The family moved to Hemet, CA in 1954. Bob retired from EMWD after a long career. Bob was passionate about trap shooting, and was a long time member of the Hemet Trap Club. He also enjoyed hunting and fishing. In more recent years he enjoyed sitting quietly on his patio admiring his mountain views. Bob belonged to Valley Community Church for many years. Bob was preceded in death by his wife Pauline, his only child Diane, and his only grandchild Robby. He is survived by many nieces and nephews who loved him dearly. We know Bob will be missed by many. The family would like to thank the staff at Sunwest for their loving care. Services will be held at Inland Memorial Harford Mortuary in Hemet on Monday, January 18th at 3pm (viewing at 2pm).