Written by Night For Vets on June 3, 2021. Posted in Gone But Not Forgotten 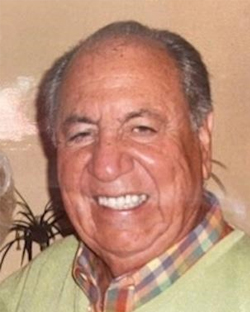 Robert Richard Rossi (85) passed away peacefully on May 9, 2021 in Palm Desert, CA. He is survived by his wife Georgia, his children Ronda and Patrick, two granddaughters Lexi and Bridget, his sister, Christine, and his former wife, Susan.

Robert was born March 20, 1936 and raised in Los Angeles. Upcon graduating Cathedral High School, he was drafted into the Army at 18 years old and proudly served his country while stationed in Europe. Upon his return, Bob became an insurance agent with Pacific Mutual and then joined Republic National. He started his own general agency with Transamerica in 1989 and retired in 2008. Bob moved to the Coachella Valley during the 1980’s and was active in various business, community, and social organizations. He took great pride in his part in the development and construction of the Rancho Mirage Library. Bob was active in the Catholic Church throughout his life.