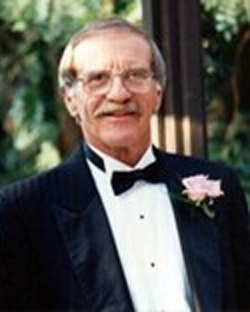 Beloved husband, father, grandfather, and uncle passed into eternal life four days after his 87th birthday. Born and raised on a farm in Barton, North Dakota, he was the youngest of 12 children of William Tuff and Eileen Carl-Tuff. He graduated from Middle River High School in Minnesota in 1949 and, after working on his brother Dave’s homestead in Wyoming for two years, joined the Navy on October 19, 1951. He was serving aboard the aircraft carrier USS Leyte when she suffered a catastrophic explosion in Boston harbor in 1953. He also sailed around the world aboard the USS Midway.

Honorably discharged in 1955, he moved to Costa Mesa to live with his sister Gertrude and her family after enduring his last North Dakota winter. While there he met and eventually married Donna Butler of Tustin in 1959. With Donna’s support, Robert worked to put himself through college, graduating from CSU Long Beach with a BA in History in 1964.

Upon graduation he was employed at SCE, where he became a control operator at steam generation facilities in Redondo Beach, Huntington Beach, Laughlin, and Etiwanda. After Robert and Donna moved to Upland to raise a family, Robert donated his free time to the Boy Scouts of America, Little League Baseball, the Utility Workers Union of America, and Prince of Peace Lutheran Church in Ontario.

After retiring from SCE in 1994, Robert donated even more of his time and considerable talents to his church and delighted in his family, particularly his grandchildren, whom he cherished. He will be missed by many, including his wife Donna of 59 years, sons Jim (Carolyn) and Brian (Yvonne), his five grandchildren, his sister Dorris, and countless nieces and nephews, whom he loved very much.