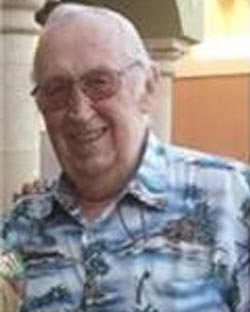 Robert (Bob) Charles Wales December 3, 1940 – August 12, 2022 On August 12, 2022 a loving father, grandfather and companion passed away. Bob Wales was a civic leader who helped many during his time in Riverside, CA. Bob was born in Oneonta, NY on December 3, 1940 to Anna B. Judge and Walter D. Wales. He was the youngest of six children. Bob graduated from Oneonta High School in 1958, where he was a member of the tennis team and the math club. A graduate of Virginia Polytechnic Institute in 1962 with a Bachelor of Science degree in civil engineering, he was commissioned in the United States Army and served as a First Lieutenant in Orleans, France. While stationed in France he met his future wife Lilyane Chevrier. They married in August of 1964 in upstate New York. In September of 1964 he joined the California Division of Highways as a design engineer, and in his time with the Department his responsibilities included the design of the 2/210 freeway interchange, the design of numerous bridges throughout California, and the construction of the 5 freeway through Fresno County. In 1969 he began his career with the City of Riverside as an Associate Engineer. In the eight years following, he was promoted to Senior Engineer and then Principal Engineer primarily handling all private development in the city and having supervisorial responsibility for several hundred street, storm drain, and sewer design and construction projects. In 1977 he was named Public Works Director and continued in that position until 1987. In 1985, in addition to his duties of Public Works Director, he was appointed Assistant City Manager-Development. In that position he oversaw the Public Works, Planning, Airport, and Development Departments, and parts of his duties involved negotiating development agreements with private developers and ensuring expeditious processing of key economic development projects. In 1986 he added to his duties those of Executive Director of the Riverside Redevelopment Agency and was charged with overseeing all facets of the development in the city’s six project areas. During this period, the agency was involved in hundreds of millions of dollars of projects, most notable of which were the reopening of the historic Mission Inn, the construction of a state office building, and the redevelopment of a major portion of the Eastside including two large scale retail/entertainment projects. He was also involved in the creation of a justice center in the Downtown area which brought in a State Court of Appeals, a United States Bankruptcy Court, a United States Federal District Court, and a County Family Law Court. He was genuinely respected, admired, and appreciated by all who had the opportunity to know and work with him. He was able to help countless people to reap the benefits of his exceptional spirit and devotion to making a difference in the community and beyond. He was especially proud and devoted to helping the “mom and pop” small businesses navigate the city bureaucratic maze. He is survived by his son Timothy, daughter-in-law Nancy, grandchildren Anisa, Nicholas, Joshua, and his companion of over 30 years Jolita Perez. He is also survived by his sister Betty Guest as well as numerous nieces and nephews. He was predeceased by his brothers Frank Dolan and Walter Wales as well as sisters Beverly Wales and Barbara Mead. He was laid to rest on August 26, 2022 at Olivewood Memorial Park.