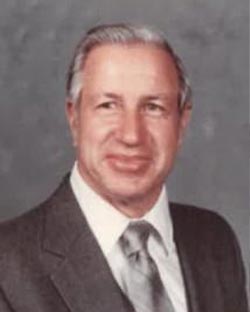 Robert went to be with our Lord on Tuesday, August 9, 2022, in Riverside, California at the age of 96. He was born November 29, 1925, in Alex, Oklahoma to Nim and Lydia Wilkins. He proudly served his country during World War II, stationed in Italy and obtaining the rank of Sergeant. On July 6, 1951, he married the love of his life, Gladys, and they were happily married for 71 years. Robert and Gladys moved to California and settled in Riverside in 1956. Robert was a General Contractor for many years and in 1978 went to work as a Building Inspector for the Riverside County Building Department, where he retired in 1992. Robert is survived by his wife, Gladys; son Jerry (Patti); son Rondal; daughter Ruth (Michael); three grandchildren, Shannon (Felipe), Suzanne (Albert), Jarryd; and five great-grandchildren, Cigourney, Courtland, Archer, June & Anders. Robert was a devoted and loyal husband and father who was happiest when he was surrounded by his loved ones. He will be greatly missed by his family and friends.