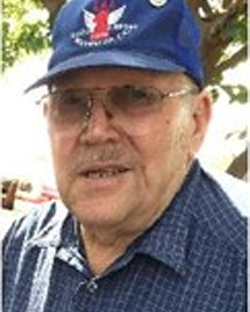 Our beloved Roger W. Baumert, of Jurupa Valley, California, passed away on December 14, 2019. He died peacefully at home. He was survived by his wife, Gabriella, her three children, Erika, Jordan and Cara Amthor and many adoring nieces and nephews and their families. Roger was born on May 20, 1934 in Ogilvie, Minnesota and attended Mora Minnesota High School. He moved to Riverside, CA in 1951 and graduated from Poly High School in 1954.

He married Luise Heldreth; and was hired by California Electric & Power Company which was later acquired by Southern California Edison. He worked there for 35 years before retiring in 1989. Roger obtained his private pilot’s license in 1957. He was then drafted into the U.S. Army for two years. He served in Ludwigsburg, Germany with the 30th Medical Group. After his honorable discharge, he divorced and moved to Palm Springs, where he built a VW dune buggy. He also met and married Marilyn Smith. After four years, they returned to Riverside and Roger worked as an underground foreman for Southern California Edison in San Bernardino. For the next five years, he built a two place, open cockpit biplane, Marquart Charger. He was a long time member of Experimental Aircraft Association’s Chapter One at Flabob Airport.

After retirement, he continued building replicas of Golden Age of Air racing planes with Bill Turner of Repeat Aircraft at Flabob. There he met his third wife, Gabriella Amthor and had nine very happy and loving years. All of his family and friends will truly miss this amazing man who positively impacted so many of our lives.