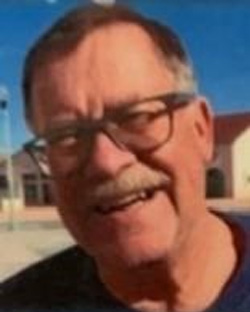 Roger Allen Bernard left this world on March 19, 2021. He was 65 years old. He was born on Dec. 6, 1955 in Houston, TX to John and Billie Bernard. He grew up in Montgomery City, Missouri. After graduating high school he entered the US Army. He retired from the army after almost 24 years of service. He worked for a civilian contractor in Ft.Irwin, Ca. He worked for the Scorpion Team in the TAF office. He is survived by his wife Diann, whom he married in Jan. 1995. He’s also survived by their daughter Desiree, his two children from his first marriage, Travis(Julie), and Dorrie(Joe), his sister Ruth(Terry), along with several grandchildren. He was preceded in death by his parents, his brother Donald, and his brother Kenneth.