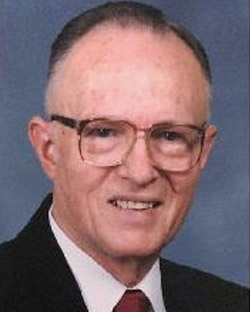 Roger Wilson passed away recently at the age of 89. He joins his parents, Earl and Kate, his brothers Stanley and Howard, and his wife Mitsue in heaven. Roger was born and raised in Tennessee. He was a proud graduate of Carson-Newman College and kept up with their sports stats throughout his life. An avid sports fan, he loved to watch sports, especially the Angels and Texas Rangers.

After college, Roger joined the Air Force. His first tour was to Japan, where he met his future wife, Mitsue. Over the years, the family grew and often moved to overseas and stateside locations. During his career, Roger also served a tour in Vietnam. He proudly served his country for 26 years and retired at March Air Force Base.

Roger was also an active member of the church. Throughout his life, he taught his family the importance of love and commitment to family and God.

He is survived by his 5 children: Karon, Linda, Patricia, Sally and William; and 9 grandchildren: Shatzie, Laura, Shelly, James, Rachel, Wade, Andrew, DeAnna and Donovan. He was also a proud great-grandfather to Damien and Xavier. He is also survived by his brother Ray and his sisters, Connie and Earlene, many nieces and nephews and extended family. He will be deeply missed by his family, friends and all who knew him.