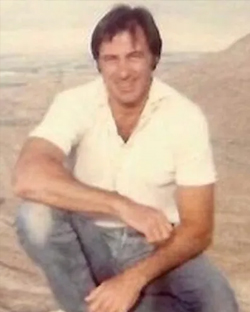 Ron Lane attended Oklahoma University and Texas University. Ron’s dream was always to see the world, so he then enlisted in the U.S. Naval Air Force. Ron traveled to Europe beginning in his early 20’s and traveled extensively for most of his life. After the service, Ron was a traveling salesman in Southern California for men’s sport shirts. That led him into modeling men’s clothing in the second largest national men’s magazine after Esquire, “Men’s and Boy’s Stylist.” Ron then went into Real Estate. In 1961 he worked for Archer Real Estate in West Hollywood on the Sunset Strip. He accepted a position at Jack Hupp and Associates in Beverly Hills, where he worked for 10 years specializing in real estate transactions for entertainment personalities. After Jack Hupp and Associates, Ron worked for two years at Mike Silverman and Associates, where he again specialized in transactions for celebrities. In 1973 Ron was employed for a year at First American Title Insurance as a public relations representative for the Beverly Hills area. He spent the next five years at American Title, where he was Assistant Vice President and Director of Marketing/Public Relations. After American Title, Ron established his own firm in Beverly Hills, Ron Lane Escrow Co. Lane held several professional affiliations, including the Beverly Hills Realty Board, in which he attained the highest honor, Affiliate of the Year, in 1975, and the West Side Real Estate Association, in which he received Affiliate of the Year in 1976 and was elected President in 1978 and 1979. He was a member of the Beverly Hills Chamber of Commerce and the Palm Desert Board of Realtors. Ron became a permanent Palm Desert resident in August of 1985. One of Ron’s favorite stories is about the time he showed a home to Marvin Hamlisch. The house had a piano and the owner and Ron were the only ones around when Marvin decided to play, “The Way We Were.” At the time Hamlisch was doing the music for a motion picture with Barbara Streisand and Robert Redford, which was eventually named “The Way We Were.” Ron said, “When I heard the song, I knew Marvin Hamlisch would win the Academy Award with that song.” Sure enough, the song did win that year! In his retirement, Ron always predicted the Academy Award winners to all his friends world-wide by email! (His percentage, calculated himself, was about 96-100% correct.) Ron was laid to rest in Pacific View Memorial Park in Corona del Mar, CA.