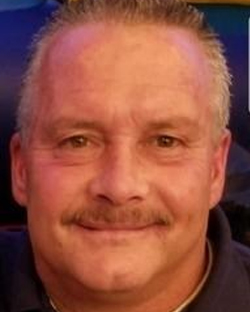 Ronald Howard Wheaton was born in Anaheim, California on March 6, 1962 and raised by his mother, Norma Gaunt. Ron was embraced by his Heavenly Father on Wednesday, December 30, 2020 in Riverside, California. He was 58 years young. He was preceded in death by his daughter Norma Jean and his mother Norma. He is survived by his wife Sylvia, his two daughters Trisha and Rachelle, 4 grandchildren, 3 sisters, 2 nephews and 3 nieces. Ron was an avid surfer, enjoyed the beach, hiking and hang gliding. He served four years in the United States Marine Corps and became a small business owner. Ron was fond of working with his hands, fixing and building things, but most notably he had a passionate heart for helping others. Whether it was through pro-bono HVAC work or food distribution through his church, Ronnie was always putting others first. He is immensely missed by his family, his friends and the lives he touched along the way.