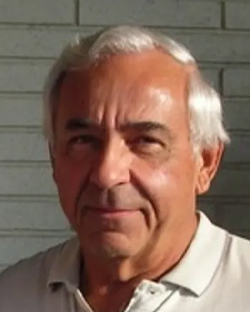 Ronald Paul Mog of Apple Valley, CA passed away surrounded by his family on March 11, 2022.

Ron was born in Cleveland, Ohio on February 13, 1940. He grew up in Parma, Ohio and graduated from Parma High School in 1957. Ron served in the United States Army and the Army Reserves after graduating high school. He later moved to California where he owned two cocktail lounges in Pomona. Ron met his wife Mary of 52 years in 1966 and they married in 1970. Later they moved to Ft. Atkinson, WI where they owned a Goodyear Tire and Auto Center. Ron’s passion was working on cars. He began collecting Chryslers from the 50’s & 60’s to restore in his spare time. In 1984 Ron moved his family to Apple Valley, CA where he worked as a mechanic for Victor Valley High School District until he retired in 2002.

Ron worked on restoring his classic cars until he couldn’t any longer. He was a member of the WPC Club and Chrysler 300 Club where he won numerous awards for his cars. Ron was also a member of Our Lady of the Desert Church in Apple Valley. Ron enjoyed spending time with his grand children and great grandchildren. He was a friendly soul and treated everyone he met like family. He liked to make people laugh and loved to dance. He will be missed by many.