Written by Night For Vets on April 21, 2021. Posted in Gone But Not Forgotten 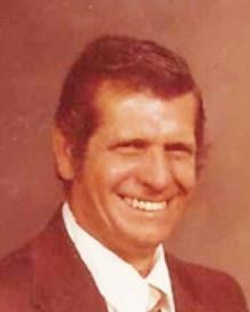 Ronald J. Taber, loving father of four boys, passed away on Sunday, March 7, 2021 at the age of 83. Born in St. Johns, Michigan on July 21, 1937 to Lloyd and Edna (Gordon) Taber, Ronald was sixth of eight sons. His first eight years were filled with many adventures on the family farm. When the family decided to relocate, Ronald and his brothers rode from Michigan to California in the back of a pickup truck. They took advantage of every scenic side trip along the way giving Ronald a lifelong love of road trips. The family settled in Riverside, California. The building industry was booming and Ronald’s father quickly found work in his field of plumbing. The strong Taber work ethic had Ronald starting his first job as a paperboy as soon as age allowed, followed by enlistment in the Navy during the Korean War. On February 16, 1956 he married Mary Ann Williamson and together raised four sons. Upon his discharge from the Navy, Ronald joined his brothers in Riverside becoming a union plumber working for eldest brother Clare’s shop, Taber Plumbing Company. In 1968, he purchased a house on an acre of land in Jurupa Valley with zoning for animals. With this and another 17 acres nearby, he recreated for his sons the farming experiences with which he was raised. When Taber Plumbing discontinued residential plumbing, Ronald and his sons opened R. Taber and Sons Plumbing, which ran successfully for over 25 years. Ronald’s children were his greatest love. He supported them as a scout leader, and by enabling their memberships in 4-H and FFA. Next to this, he had a passion for fishing which inspired many family outings, memorable moments, and great tales. After retiring, Ronald continued the activities he loved best, family time, traveling, fishing, and visiting casinos. He spent his last years living with and lovingly cared for by youngest son Timothy and daughter-in-law Lisa Hope. Ronald was predeceased by his parents, his sister Laura, and brothers Clare, Gerald, Charles, and David. He is survived by his brothers Leonard, Dean, and Gordon; sister Mandy; ex-wife and friend Mary Taber; children Daniel (Stacie), Bruce (Lisa), Scott (Susan Marie), and Timothy (Lisa Hope); and his hearts joy, over 20 grandchildren and great grandchildren.