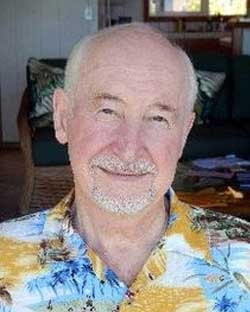 Russell Lee Keeling was born to Edna and Willard Keeling in Albuquerque NM on February 5, 1942 while Willard (Bill) was stationed in the Army Air Corps during WW II. The family moved to Waco TX at the end of the war. Russ attended Texas A&M and became a Group Commander in the Corps of Cadets during his last year of school. From A&M he went directly into the United States Air Force and completed pilot training at Reese AFB in Lubbock Texas, graduating first in his class. As a veteran of the SE Asian Conflict, and during his twenty-two-year career he earned four Distinguished Flying Cross Medals, the Airman’s Medal (for life-saving), two Meritorious Service Medals, Seventeen Combat Air Medals, Air Force Commendation Medal, Distinguished-Presidential Unit Citation, Combat Readiness Medal, the National Defense Service Medal, and other notable recognitions. After retiring from Barksdale AFB in Shreveport, LA in 1986, Russ returned to Redlands. He was a devoted member of Redlands First United Methodist Church and sang in the Sanctuary Choir for over 30 years and served on many different committees. Russ joined the Inland Master Chorale in 1987 and continued to sing with the Chorale until recently. Russ was an avid racquetball player, enjoyed gardening, traveling, and especially loved playing with his grandchildren. Russ is survived by his wife of 28 years, Lloy Keeling, children Kathleen Keeling of Portland OR, Gregory Lee (Susan) and granddaughters Christina and Annalisa of Newport Beach, Michelle Reynolds of Portland OR, and brother Bob Keeling of San Angelo TX, and several cousins living in Texas.