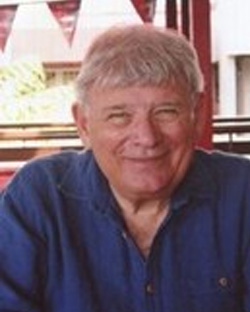 Samuel G. Lemon was born in Martins Ferry, Ohio. When he was six years old, Sam informed his mother that he was going to fly airplanes when he grew up. He accomplished his goal in the USAF where he served 20 years. During this time, he also earned two MA degrees. Sam loved to fly and was proud that there were only two models of aircraft that he had not flown, the Concorde and the 106. In 1975, Sam was placed in charge of Operation New Life, in which almost 130,000 Vietnamese refugees were airlifted to America to safety. President Ford awarded Sam the Air Medal for Meritorious Achievement While Participating in Aerial Flights for this life-saving public service.

Sam was smart, funny, loved people and was loved in return. He made lifelong friends wherever he went. When in Europe, he always took his tuxedo for special occasions and was often invited to various special events, including a “Rat Pack” party hosted by Dean Martin, who was also an Ohio boy. Sam made his service to his country his passion and also thought of it as a wonderful travel adventure.

Sam was predeceased by his daughter, Lisa Sanders, and leaves his son, Samuel C. Lemon (Leigh) and grandsons Jacob and Jesse. He was a devoted husband to his wife Judy Davies, to her daughters Lisa Davies Siderman (Carlos) and Stacy Davies. He also leaves a loving extended family, Derek and LesLee Sanders and their children Lynae, Lilli and Lacey; Meredith Gradishar and Rosalyn Stanley; and Naraya Comeaux. He also received the wonderful addition of a sister he did not know existed, Liz Lemmon Ahearn, who had worked for many years to find her brother, who she knew was “out there.” Liz became one of the great joys of his life, along with her husband, Tim, and children Sara (Taylor) and grandchildren Elise and Asa; and son Gary (Jenny) and grandson Sabin.

Sam lived a full and significant life and will be forever missed by those he loved and by the many whose lives he forever altered. A special thank you to Dr. Pranav Mehta and his wife Komol for their friendship, love, support and medical expertise these many years.