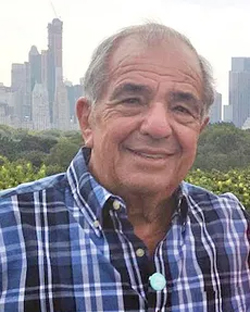 Sidney Jack Rubenstein, born December 10th, 1931, passed away on September 18th, 2022. Sidney was born in Detroit, Michigan and graduated from Central High School in 1948 where he was captain of the golf team. He went on to Wayne State University class of 1952, graduated from dental school at University of Detroit in 1956, and served as a Captain in the United States Army. Sidney had one sister Constance (Smith, deceased 1993). He was happily married to Roseann for 39 Years (deceased 2005). His contributions to the lives of many include being a part of the original cleft palate team providing free care for children and serving on the Board at Desert Memorial Hospital for many years. He was a beloved member of the community and a friend to everyone he met. He is survived by his four daughters Judy (Joel), Suzy (Arthur), Deanna (Tommy), and Heidi (Katie) and his six grandchildren Jessica (Alex), Lizzy, Stephi, Alix, Riley, and Jack. His legacy will live on in the hearts and minds of everyone who ever met him. A burial was held on Wednesday September 21, 2022 at Desert Memorial Park.