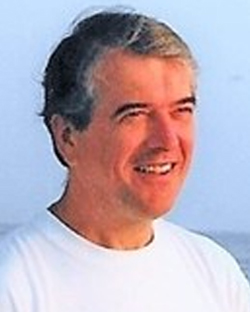 Capt. Stephen Hectus, U.S. Navy (Retired), 73, passed away on February 4, 2020 after a long struggle with Parkinson’s disease. Stephen was born on March 21,1946 in Newburgh, NY. After graduating from Niagara University in 1967, he entered the Navy where he served as a Bombardier/Navigator aboard A-6 Intruder attack jets. After leaving active duty, he spent another 20 years serving in the Naval Reserves.

In civilian life, Stephen was a Vice-President of Sales in the packaging industry, working for such companies as International Paper, Westvaco, and other companies in the New York/New Jersey marketplace.

Stephen was a kind man who loved the good things in life: fishing, lazy days at the beach, playing billiards, good food and wine, and especially taking naps. He fiercely loved his children, Ashley and Justin, being proud of them and worried about them equally as they navigated through their lives. He adored his three granddaughters and was known as their beloved "Papa Steve".

He is preceded in death by his parents Joseph and Catherine Hectus, and his dogs Emily, Benjamin, and Nikki.