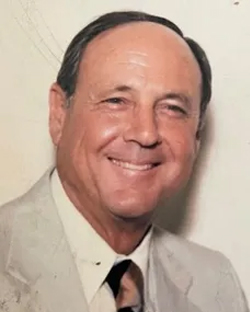 Judge D. Sterry Fagan was born in Los Angeles, California, on January 24, 1927. He was the second son of Dr. Robert H. and Jessie Fagan. Sterry graduated from Beverly Hills High School where he excelled in track, twice winning the CIF Championship in the half mile. After serving in the U.S. Navy, he continued his education at the University of California and was always a proud golden bear. He then went on to earn his law degree at USC and served as Deputy District Attorney for the County of Los Angeles until he was appointed to the Los Angeles Superior Court in 1968. During his 20 year tenure he was named Judge of the Year by the Long Beach Bar Association. He was honored to be asked three times to be an instructor of new judges at Berkeley California. He also instructed law students at a local high school. At the time of his retirement he was the Senior Judge of the Court and finished his legal career by doing judicial arbitrations for 13 years. Sterry spent his private life flying his airplane “Mickey Mooney” with about 900 in the air miles, reading, and traveling, and best of all, after moving to the desert, he met and married his wife JoAnn. Sterry leaves behind his loving wife, a son, a daughter, five grandchildren, and five step grandchildren.