Written by Night For Vets on January 22, 2020. Posted in Gone But Not Forgotten 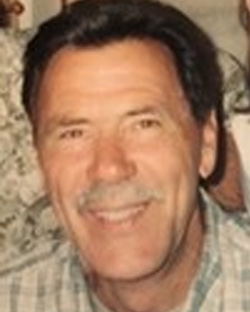 Steven Worley was born on October 12, 1946 in Los Angeles, CA and passed away in Monument, CO on January 5, 2020 at the age of 73 after a hard battle with lung cancer. Steve enlisted in the Navy and fought for our country in the Vietnam War. This is where he learned his trade of air conditioning. He continued to work hard and master his trade over the next 50 years, providing for his family.

Steve loved his family and did everything for them. He had a love and passion for driving and enjoyed the beauty of our country and seeing new places. Steve could often be found working around the house or helping his friends who often called for his craftmanship and handyman skills. When Steve had free time you could always find him watching his beloved Dodgers.

Steve is survived by his beautiful wife of 54 years Mary Ann (Teri); sons, Steve (Leigh Ann), Kevin (Lisa) and Ryan; his daughters, Lisa (Kevin) and Danielle (Warren) and his cherished grandkids, Jourdin, Shaye, Brittany, Ashleigh, Rusty and Rachel; his favorite sister, Sandy; brothers, Rick and Dale and stepbrothers, Chuck and Ron Hatfield. He was preceded in death by his dad, PA (Chuck Hatfield), his mom, Mary and brothers, Denny and Jack Worley.